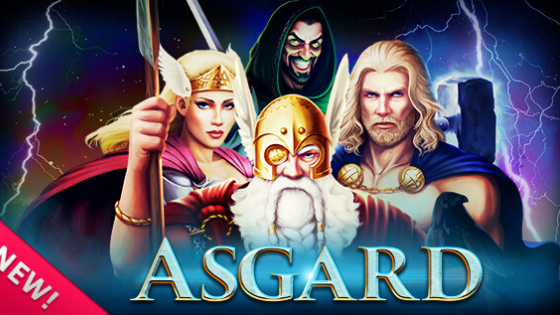 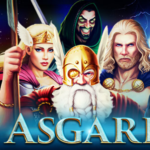 Asgard slot is an online casino game that is powered by RealTime Gaming. In this free slot machine, you will be transported to one of the Nine Worlds of Norse mythology. In the game, you will get to see Norse gods who rule Asgard, a place in the sky.

The game was released in 2017 and features some really great graphics, as well as sounds.

The gods in the game are the high-value symbols. These are Thor, Loki, Freya, and Odin. On the other hand, the traditional playing card symbols are the low-value cards in this online casino slot game. The wild symbol of the game Is the Golden Wild, while the scatter symbol is the symbol labeled Bonus. The wild will substitute for all other symbols except this scatter symbol.

Asgard slot has 5 reels, 3 rows, as well as 243 ways-to-win. This is quite favourable as you get a winning combination as long as there is a matching symbol on the adjacent reels, from left to right or from right to left. Other features are the Autoplay, which will allow you to spin the reels automatically for up to 1,000x, as well as the feature that allows you to speed up gameplay.

You will be able to play this game while on-the-go. Asgard slot game is compatible with iOS, Android, as well as Windows Mobile. all you will need to do is make sure that you have a working internet connection and a smartphone or tablet with enough battery to get started.

How does Asgard Slot work?
This game, from RealTime Gaming, offers players 5 reels and 243 winning ways. Many online slot players love this because it gives them a number of ways to win. In fact, a winning combination is formed as long as there is a matching symbol on an adjacent reel; they don’t necessarily have to fall on the same line or in a particular pattern.
How do I play Asgard Slot?
In order to start playing this game, you simply have to visit a casino of your choice and fund your account. After that, you will have to navigate to the game and make your bets before you click the Spin or Autoplay buttons.
How many bonus games are in Asgard Slot?
The online slot game features two bonus games. The first one is the Thunderbolt feature in which up to 5 reels cand be transformed into wilds. This feature can be triggered randomly during the base game. The second bonus game is the Goddess feature in which you will be awarded 15 free spins for landing 3 scatters on the screen. The exciting thing about this Asgard slot bonus is that you will receive extra free spins during the feature after a certain number of spins. Also, the feature can actually be retriggered.
How many paylines are in Asgard Slot?
When you play this online slot machine, you have the option of playing with 243 ways to win.
How can I win at slot games?
The tricky thing when playing online slots is that there is really no strategy that you can put into play. This is unlike table games where you can make use of strategies. Because of that, you will have to cross your fingers and hope that Lady Luck is on your side. At the same time, we strongly suggest that you manage your bankroll so that you do not lose all your money within a short space of time. Another tip is to bet maximum when playing slots with jackpots. That way, you’re in the running for a jackpot prize
Where can I play Asgard Slot?
When you browse our website, you will be able to find some online casino Canada sites that we have recommended. We have vetted these casinos and we know that you will get some bonuses when you play there
Can I play Asgard Slot on mobile?
For sure. You will just need to make sure that your tablet or smartphone is running on iOS, Android or Windows Mobile. also, you will need a working internet connection, as well as enough battery. Next, you just choose an online casino from our list of recommended casinos and make sure that you fund your account. After that, navigate to this online slot machine, make your bet and spin away.
Is Asgard Slot safe?
It is very safe to play this casino game at any of the recommended casinos that we have listed on our online casino review website. These casinos use an encryption method which protects your personal and banking information from hackers and thieves. Also, they make use of random number generators in their games which ensures that the games are fair and results are completely random. 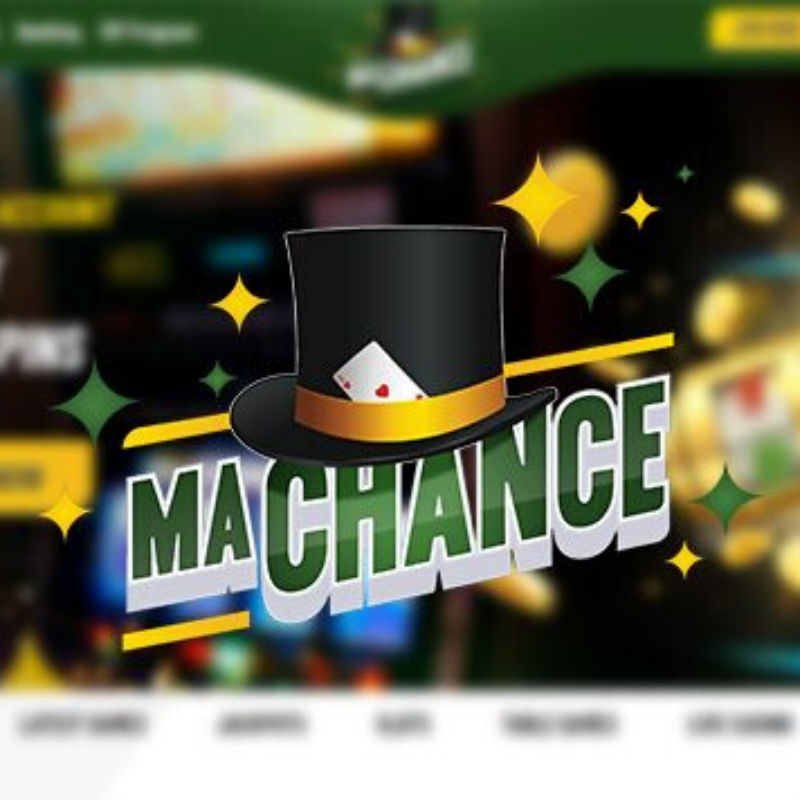