Is Online Gambling Legal in Canada? 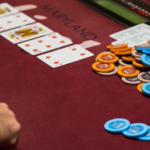 Is Online Gambling Legal in Canada

Many Canadian players ask: “Is online gambling legal in Canada?” This is because a lot of people gamble on the web in Canada. In fact, betting online and playing at online casino sites has become the most popular entertainment activities in the country. However, gambling laws in Canada are a bit complicated, leaving people bettors rather confused.

When it comes to gambling on the web, things are even more complex. In fact, the Canadian government doesn’t allow companies in the country to operate any online casino sites. Poker rooms are not an exception as well. What’s even more confusing is the fact that most offshore gaming servers are actually located in the country, on the Kahnawake native reserve.

Furthermore, you will find that most offshore companies that are trusted, as well as licensed by the UK Gambling Commission, and the Malta Gambling Authority, actually support online casino Canada sites.

For the reasons stated above, players in Canada consider online gambling in Canada legal. Considering the above information, it is not illegal to gamble online. However, it’s illegal to operate a web-based casino from Canada. This is even supported further by the fact that offshore websites have their servers in Kahnawake.

Despite all the murkiness in the gambling laws in Canada, the country has grown to become a great online gambling environment.

The history of the casino and gaming industry is quite complex. Initially, gambling was legal in Canada but in 1892, there were certain pieces of legislation that were put in place, making it illegal. However, with time, the laws were relaxed and continue to become more relaxed.

Bingo, as well as casual raffles, became legal at charity events only in the early 1900s. soon after, horse races were allowed also. However, the biggest breakthrough came in 1985 when gaming machines were actually made legal. Years later, land-based casinos started spreading around Canadian territories and gambling became popular around the country.

Canada has the Criminal Code, which is a bill that defines illegal gaming activities in Canada. At the moment, all Canadian territories reserve the right to operate, regulate, as well as grant licenses to land-based casinos, as well as web-based casinos. Essentially, the Criminal Code states which gambling and gaming activities are illegal in Canada.

In Part VII of the Criminal Code, you will find the provinces that ban any gaming activities on their territories. In section 207, you will find the exceptions. This just makes everything complex, as we have mentioned before. You will find that provincial governments have the right to organize, as well as control lotteries. They also control other games of chance that are operated on the web.

Casinos must be able to meet certain criteria if ever they are to receive a license from the Kahnawake Gaming Commission. This legislation model is the government’s way of making the gambling environment favorable for Kahnawake Internet gambling.

The Gaming Commission is the one that monitors if the gambling legislation is being complied with the Mohawk Territory of Kahnawake in Quebec. The same organization is the one that grants online casinos, sportsbooks, and Poker providers with valid licenses.

The commission looks at principles such as payouts guarantee, fair gaming, as well as a geographical reference before granting any licenses. At the moment, the commission has 4 types of licenses that it issues under the regulations that go hand-in-hand with the Interactive Gaming of September 22nd, 2010.

Gambling in Canada has been legalized at the moment. However, the situation remains tricky for online gambling. This is because the Canadian government does not grant any internet casino licenses to local companies.

Online casinos and online gaming operations have sort of becoming a grey area in gambling laws in Canada. Back in the 1960s, Canada was actually one of the countries with the most gambles. However, things changed when individual provinces were given the right to decide whether or not to allow any gambling activities in their territories. From then on, certain territories started banning lotteries and casinos.

Web-based casino and gaming operations have always been considered as a grey area in Canadian law. The country was a fierce opponent to gambling until the 1960s, but then the Government granted provinces with the right to make decisions whether to allow gambling or poker activities within their borders. This is when some provinces began holding lotteries and some casinos were constructed in the country.

Up to date, according to the Criminal Code of the country, hosting a gambling website on the territory of Canada is defined as illegal. However, every province has the permission to legalize specific types of gambling that may be “operated on or through a computer” within their borders.

This is what actually is considered as opening the door for each Canadian province to decide on the matter of legalizing online gambling operations within its own confines.

The situation is considered even more complex. This is because there is a section of the Criminal Code of Canada that specifically points out that it is only the Government of the country and its provinces that may operate any form of gambling.

Because of the complex Canadian gambling laws, most online casino sites in Canada are actually based out of the country. Because of this, a lot of players have difficulties when it comes to making transactions at these online casinos.

As a matter of fact, you will find that some payment methods are not accepted at online gambling sites. Take Visa, for instance. While it’s used all over the world and accepted by many casinos, it is not accepted at other Canadian casinos.

In addition, you will find that there are certain restrictions that are imposed when it comes to making transactions. This is usually the case with e-wallets such as Skrill and Neteller. Here, players must open accounts with third-party money transfer websites. Form there, the players can their fund their e-wallets and eventually, their online casino accounts.

Lastly, some online casinos require players to make wire transfers. At the same time, other online gambling sites have their own preferred payment methods. This just brings a lot of confusion to the players, at the end of the day.

How to Use Your Phone for Online Casino Gaming